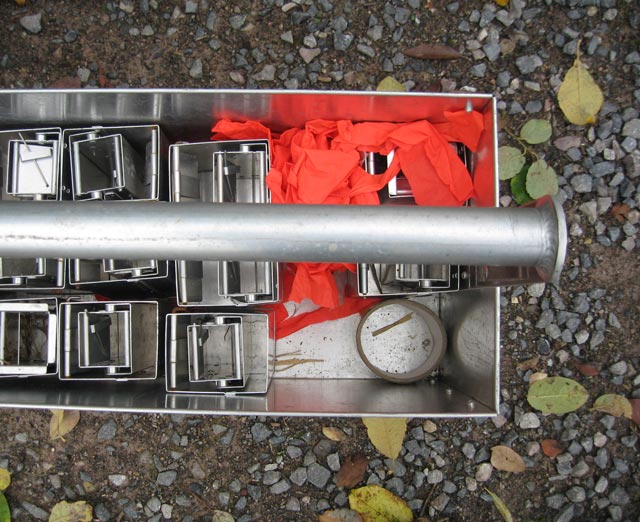 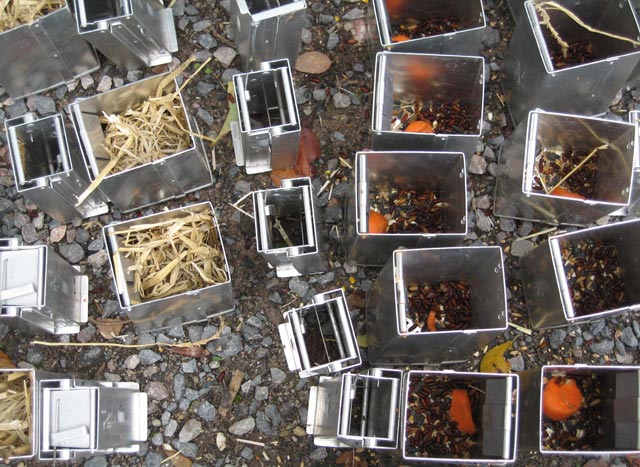 As with the water vole survey, the small mammal survey takes place in the autumn, in order to avoid disturbing breeding and catching pregnant animals. Unlike the water vole survey this survey uses traps and therefore takes place in two parts over two days: first laying the traps around the moors and then collecting the traps the following day and documenting the mammals caught; species, gender and weight.

Natalie was conducting the survey and I met her as she started to prepare the traps, filling the steel compartments with straw bedding and food: carrots, seeds and blowfly larvae. As I switched the microphone on and slid the headphones over my ears I was enveloped in a wonderful acoustic rain. The carrots were covered in short reverberations as they were dropped in the miniature metal echo chamber of the trap and the seeds and blowfly larvae poured out static descriptions of the enclosed space of the trap. Sound has a symbiotic relationship with space: at once describing and being described by the space surrounding the acoustic event. As the traps were laid out on the ground, the acoustics of the metal cubicles formed part of a wider sonic landscape and the sound events of filling, moved between each trap; cells of sound mapping movement and revealing the unconsidered but almost geometric pattern in which the traps were laid. The final filling of the traps with straw bedding muffles space with a soft crackling texture, before the metallic rhythms of the traps are loaded into the steel-carrying box.
The recording of these sounds obviously places them out of sight, hiding them from view and placing them in a sympathetic relationship with the concealed nature of the trap. As I followed Natalie around the moors placing the traps and hiding them in amongst the vegetation, I was struck by not only the textures of sound but also the sonification of this act of spatial concealment. The scale of the soundscape shifts from the enclosed sounds of  trap preparation, to the tacit appearance of distance, as voices pass by, disappearing out of earshot and beyond the acoustic horizon.  Ironically, the audible act of placing the trap was concluded with the tying of a high visibility orange bow. 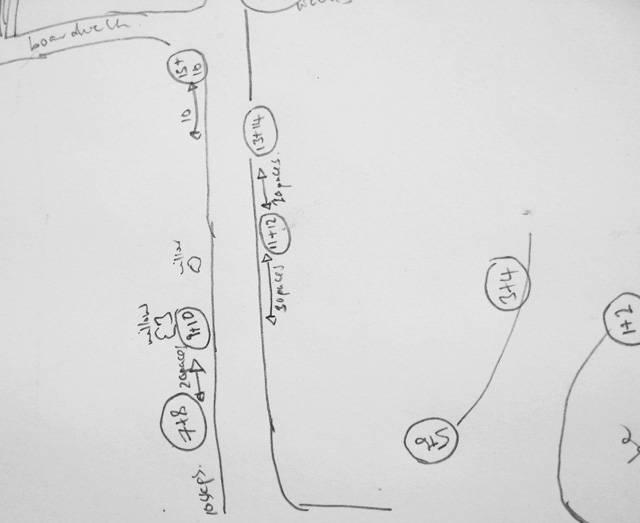 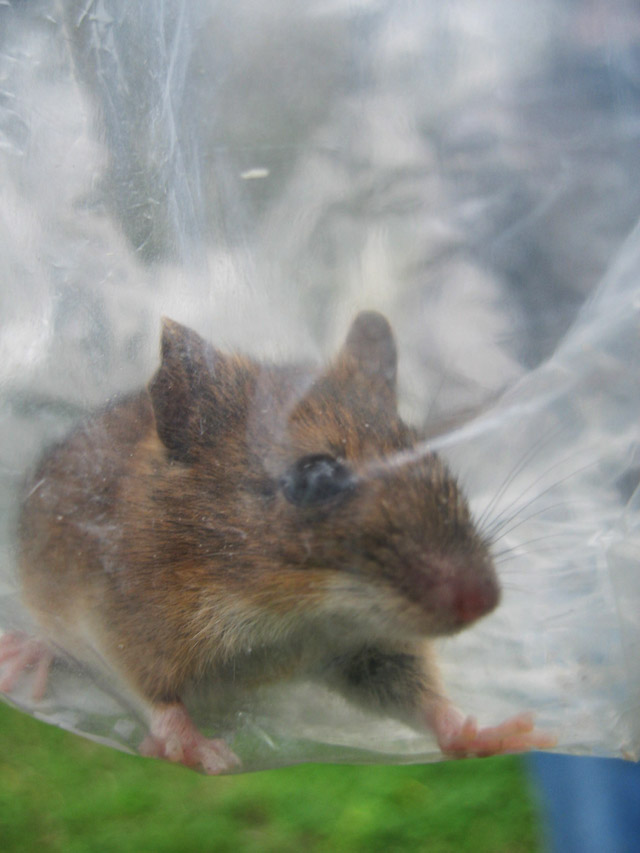 As with the water vole survey, Natalie drew a map of where the traps were laid, ensuring that no traps were left unchecked and that caught animals are not kept for longer than required. A series of lines trace a movement through the landscape and the numbers are our pause or rest, where the traps are placed. These lines and numbers are reminiscent of the graphic scores so popular with avant-grade composers such as, John Cage, Cornelius Cardew and Earl Brown. Cage is recognised as ‘opening the doors of music to the sounds that happen to be in the environment’. For Cage ‘The World is a score’ and here we are walking and listening through it.

The next day I joined Natalie, Rachel and members of the public to retrace our steps and unset the traps. There are three main species of small mammals in the moors (mice, voles and shrews) and the traps revealed different kinds of these species; common shrew, wood mouse and yellow neck mouse. Members of the public got to open the traps and take part in the measuring and identifying of the animals caught, before releasing them back into the moors.
One wood mouse made a wonderful (hidden) aural appearance as it managed to escape from the hands of measurement. The spaces that these animals can disappear through are incredibly minute, quite at odds to their visually apparent size. The audio recording of a mouse disappearing from the confined space of a trap and into the surrounding vegetation landscape, which of course we cannot see, seems to me a fitting end to an aural investigation of sound, space and concealment. Listening to something you cannot hear is one way of developing listening skills and poeticising the soundscape. My favourite description of a sound that poetically extends beyond our audible horizon is from The Pillow Book of Sei Shõnagen: ‘I have never come across anyone with such keen ears as Masamitsu…I believe he could hear the sound of a mosquito’s eyelash falling on the floor.’ Some sounds are better heard without our ears.