Three from underneath: rough tongues and a pond shanty

Posted on August 30, 2011 by sebastiane_hegarty 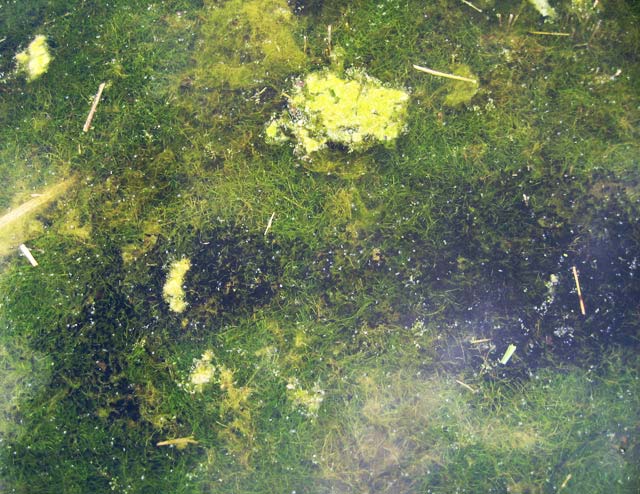 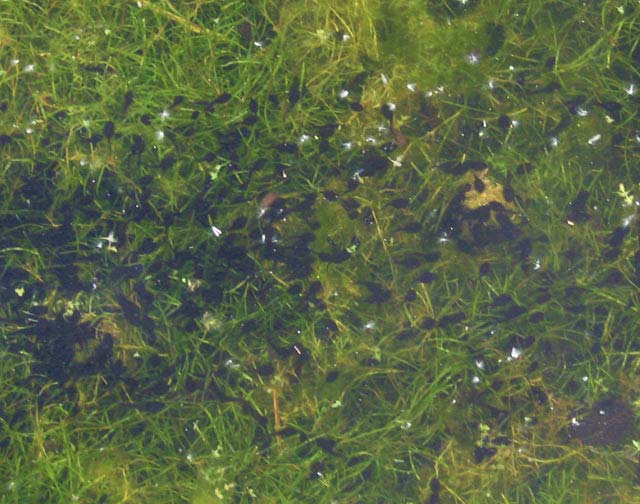 In April of last year the dipping pond turned black with the seasonal arrival of tadpoles. The water was transformed into a dark vibrating jelly: a primordial tadpole soup. I had sunk my hydrophone into this broth of possible toads and heard an appropriately squelchy mess of sound: very like sucking jelly through your teeth.
When I returned to the pond this April, instead of a black blancmange of toad, I discovered a moving herd of tadpoles, a plague of aquatic locusts proceeding like water buffalo over the green foliage in the water. They moved in a seemingly coordinated rotating action and as I sunk my hydrophone beneath them I was greeted with the rough rasping tongues of tadpoles grazing (actually tadpoles don’t have tongues, so it was perhaps more of a lippy bovine mulch). The herd thinned out and the munch of straggling tadpoles faded away.
In the background there was a strange but constant ticking sound, I knew this to be the photosynthetic clocks of pondweed,  occasionally accompanied by the squeaking whirr of a gaseous release.
In amongst this background noise emerged a loud, repetitive and slightly aggressive chant. I could not see anything in the water that could locate or identify it and I had no idea what I was listening to. The sound had a changing but recurring pattern: an intermittent series of calls dispersed with silence. When I downloaded the sound to my computer the extended pattern became visibly evident. After posting the sound as a sonic question on soundcloud, I was informed by @L’attrape son that the sound was in fact a Sigara Dorsalis or water boatman. Although I had seen some of these darting around underneath the water, the sound seemed far too large to be emitted by such a small bug: the water boatman  seeming visually detached from its loud sonic presence. Although I discovered the origin of the sound I have not, as yet, found out why this noise is made, and other questions come to mind: Is the sound territorial or amorous in nature? Do both male and female water boatman sing? Is there such a thing as water boatwoman?
Could these sounds be the pond equivalent of the sea shanty: bawdy drinking songs, watery tales of love and loss?