four walks around a year: spring

The four winnall moors soundwalks will be slow released during 2013 on the German field-recording and sound art label Gruenrekorder Digital. Such a durational release of the soundwalks is not only sympathetic to the prolonged meander of composition, but also physically and poetically laces the sounds (like a tape player or pair of shoes) through the celestial calendar, unspooling the walks into the seasons of another year.
The spring walk is appropriately the first installment of the four, each acoustic perambulation released in sync with the season of composition. Re-composed from recordings made through March, April, May and June, the spring walk begins at dawn with the first isolated notes of birdsong and my own frosted footsteps upon a boardwalk over the reed beds. The birdsong builds in volume and complexity as several dawns combine to reveal a polyphonic chorus, surrounding the listener in territories of song. The company of my own footsteps lead the listener into an emerging landscape, simultaneously reminding them that another was present here and that this dawn is now passed. 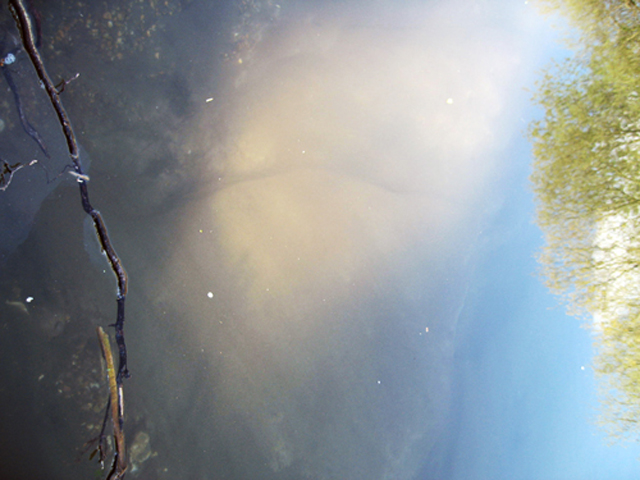 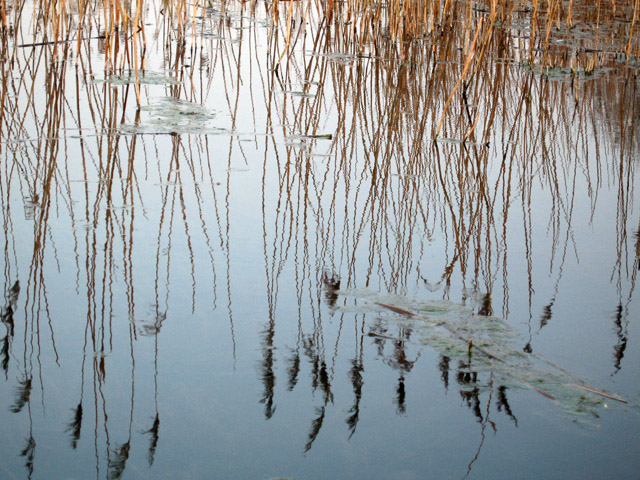 When composing the walk I did not feel it important that the coordinates of the soundwalk be arranged in strict correspondence to the fixed geography of the moors: that is, I did not attempt to map precisely and chronologically a fixed circumnavigate movement through the landscape. I preferred to let the sounds organise their own path, although by chance the location of the dawn chorus, with which the walk opens, corresponds almost exactly to location of the creaking pagoda, with which it concludes. This suggestion of circular transit is echoed in the flight path of a bank of swans that are heard arriving and evaporating, before returning only once more to disappear. At the finale of the walk a bouquet of warblers, having returned here from Africa, throw their songs of DNA into the air, whilst a work party sinks a wooden post into the ground and a mobile phone adds a digital phrase to this chorus of territorial voices. The vibrations of human toil are telegraphed down a wire fence, surrounding the moors in one more acoustic circumference as the pagoda adagio closes in.

A bouquet of warblers, with wire and pagoda.